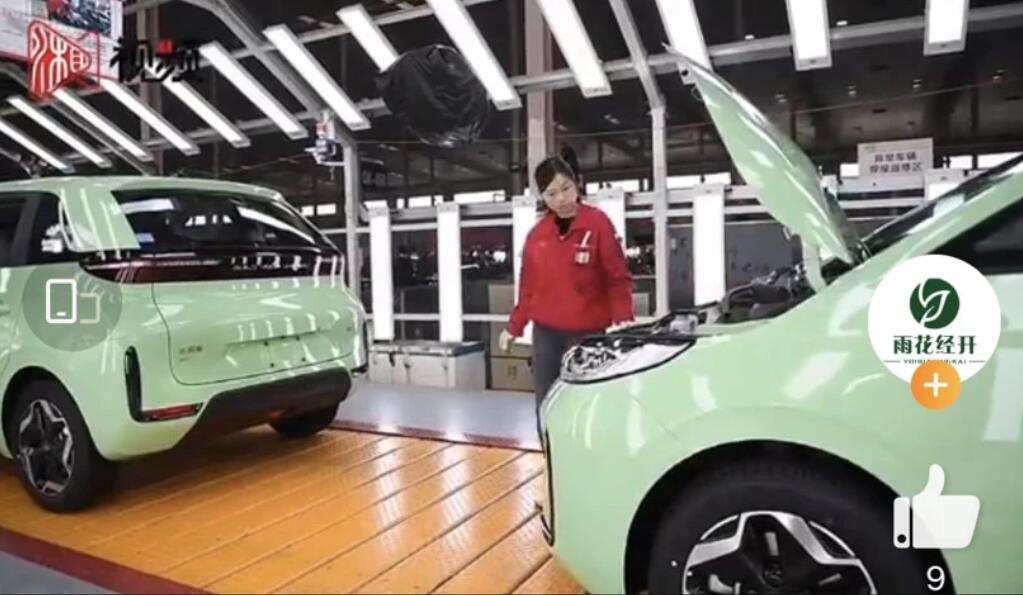 The customized vehicles for ride-hailing launched by Chinese automaker BYD and Didi, the Chinese equivalent of Uber, are rolling off the production line at a rate of 60 seconds each, with a daily average of nearly 400 units.

Didi Chuxing, the Chinese ride-hailing giant that has announced it will delist from the US, is said to formally announce car-making plans in a few months.

Didi's plans could be announced in June of this year, and it aims to deliver vehicles by June of next year, Cyber-car, a WeChat account that follows the smart car industry, reported today.

Didi's project, codenamed "Da Vinci," currently has a team of about 1,700 people and is located in Beijing's Shunyi district, the report said.

Didi's first model could be a mass-market A-class pure electric vehicle, similar in size to the BYD Qin and GAC Aion S, and priced at around 150,000 yuan ($23,582), according to the report.

In addition to the "Da Vinci" project, Didi is also developing a second model for the ride-hailing market, the D1 Light, a lightweight version of the D1 that will still be produced by BYD, Cyber-car reported.

Didi's model for general consumers is codenamed C1, and the company intends to acquire a factory qualified to build cars in order to take full control of C1's development and production, the report said, adding that Didi's target acquisition is Zhijun Auto in Ganzhou, Jiangxi province.

The deal is highly likely to be concluded, perhaps by the end of the month, the report said, citing a source at Zhijun Auto.

This isn't the first report that Didi may be jumping on the car-making bandwagon.

In June 2020, Didi's subsidiary Didi Autonomous Driving announced a partnership with BAIC, in which the two companies will jointly develop a high-level self-driving customized model specifically for Robotaxi operations.

Notably, Didi announced in early December last year that it would be delisted from the US and would re-list in Hong Kong.

However, on Friday, Bloomberg reported that Didi had suspended its plans to list in Hong Kong after Chinese regulators deemed the company's proposal to prevent security and data leaks to be non-compliant. Didi plunged 44 percent in the US on Friday after the report was published.
Click to expand...