Ross said:
kinda OT but is that a Huali in your pfp?
Click to expand...

kegare said:
Some observations, the plate you call diplomatic on the Magotan with Pyonghwa badge is simply a regular post-late 2016 Pyongyang registration and the red plate is for foreign deputies and enterprises. The rebadged Corolla is one of the latest observed models shown at the last ever Pyongyang Trade Fair that took place in 2019. The 2020 trade fair was postponed and it ended up not taking place at all. (The Avensis is a different model than the Corolla by the way, but most late-gen Toyotas are boringly similar. ) As you might have read in news, the country is heavily sanctioned from trading, then the COVID outbreak happened and the borders closed and most imports stopped taking place and no new local automobiles were observed since then. Only rebodied buses, rebodied trolleybuses, a rebodied funicular train, rebodied old Tatra trains and a Red Flag locomotive that also looks to have been rebodied from an old Skoda clone.

If there are any post 2020 automobiles around they have not been promoted in any state approved media so far, as least from what I know. The country is officially preparing for another famine era so it's highly unlikely the automobile factories are opening back any soon but the trade with China is expected to return at some point in the future.

P.S: that forum is my database, you can comment there directly if you have any questions. But I'm sure Erik has told you more in detail about all these rebadged Chinese imports and the dying North Korean automobile industry at the moment.
Click to expand...

Thank you for your comments! About the Corolla, at first I thought it was an Avensis because the front of the South American & Chinese Corollas look quite alike to the European Avensis model. But you are completely right. I am sure this specific unit was supplied by FAW in China, like the Sagitar (sources say the Volkswagens come from a FAW dealership in Shenyang). This, and the plans of assembling FAW models in DPRK, makes it look like they are not scared of violating sanctions.

Yes, Erik replied with more or less the same information. The sanctions and the pandemic make it hard to obtain updated information, apart from what you mention about the state media not revealing any new Pyeonghwa model.

If rumours about an immediate border reopening for trading purposes are true, I hope to see a Trade Fair taking place some time soon. It will be interesting to see if DPRK managed to keep importing Chinese-made cars, assembling locally or even importing luxury cars.

blackflag1714 said:
(sources say the Volkswagens come from a FAW dealership in Shenyang)
Click to expand...

The aforementioned dealership is named Liaoning Huihua Corporation. This company even took care of the Pyonghwa badges!

kinda OT but is that a cedric in the background?

Ross said:
The aforementioned dealership is named Liaoning Huihua Corporation. This company even took care of the Pyonghwa badges!
Click to expand...

Yes, exactly. So, not even the badges are made in DPRK...!


Ross said:
kinda OT but is that a cedric in the background?
Click to expand...

There are plenty of Cedrics in DPRK. Might well be!

blackflag1714 said:
This, and the plans of assembling FAW models in DPRK, makes it look like they are not scared of violating sanctions.
Click to expand...

Last week the Chinese ambassador to the UN said that sanctions should be relaxed, as China and Russia had previously proposed in 2019. Perhaps, then, Chinese companies with interests in North Korea are not unafraid to violate sanctions but are instead waiting for a relaxation that they have been led to expect. 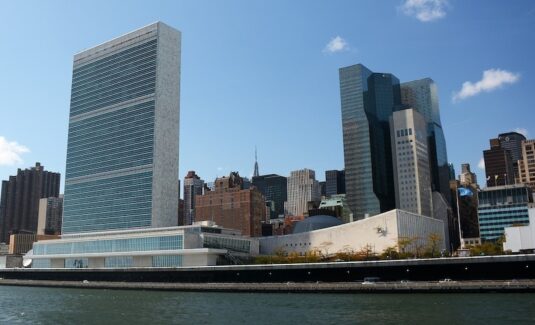 China’s ambassador to the United Nations, Zhang Jun, said that his country hopes the United States’ recently-completed North Korea policy review focuses on dialogue instead of “extreme pressure,” and that both parties would continue to refrain from mutual provocation. The remarks came during a...

Gag Halfrunt said:
Perhaps, then, Chinese companies with interests in North Korea are not unafraid to violate sanctions but are instead waiting for a relaxation that they have been led to expect.
Click to expand...

This is an older thread, you may not receive a response, and could be reviving an old thread. Please consider creating a new thread.